We often hear the following advice; make investing simple, invest only in what you know, and you don’t need to get fancy. Buying only index funds is one example of this philosophy. But how often do we get to experience proof of the concept?

When I was younger, I thought I was smart enough to beat the market. I didn’t want to invest in those boring index funds, I wanted to make a killing instead. Why should I settle for an 8% return if I could get 30%? I figured since I was a doctor, I was probably smarter than average. If I was smarter than average, I should be able to study what others are saying about the financial market and beat it by picking winners. So I subscribed to several investment magazines and newsletters and did my research. I bought the things that seemed to be ripe for the picking and sold when I thought they had hit the top. I was investing several hours a week on my research and stock trading to speed up the arrival of my financial independence. 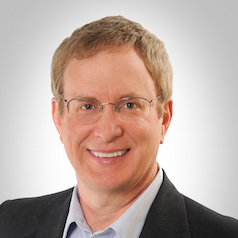 One day I decided to calculate just how good I was doing, to prove the time I invested was well worth it. My wife and I each had an IRA account with thousands of options to invest in and that is where I was doing all the trading. This also meant my stellar profits were not being taxed with each trade. I also had a 403(b) account that only offered about eight mutual fund choices to invest in. Because the choices were so limited in that account, I just picked two mutual funds and I never paid any attention to it. That account made for a good control group to contrast with my stellar stock picking results.

Much to my dismay, after some intense number crunching, those two accounts had about the same return. The 403(b) account just sat there minding its own business, very simple, very boring and making money without much fanfare or any time allotted to its care. The IRA account made about the same return on investment but required an input of several hours a week of my time, a commodity I didn’t have much of as a busy surgeon.

Well, I can’t.  After I finally realized this, I stopped being an active investor/trader and became a more passive one.  Yes, I became a more boring investor. Now, I invest my money in mutual funds with good track records and let it ride, seldom making any trades in the account. I no longer invest those many hours a week reading the latest newsletters, watching the market and trying to beat it by timing its unpredictable ups and downs.  It’s time in the market that counts, not timing the market.  I don’t know who first said this but it holds true and it has been confirmed many times by many people and yet I had to prove it to myself. Oh if I could only learn my lessons from others and not have to make the mistakes myself.

The Student Becomes the Master 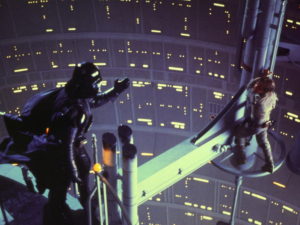 A few years later, I was trying to teach my son, Brian, who was about 7 years old at the time, how investing in the stock market really works. We each got $10,000 of play money to invest in the stock market. The rules were to invest in anything we could buy on the exchange or any mutual fund and divide the money into 8 different investments to learn about diversification.  He picked his stocks based on what he was familiar with, like Disney, Honda, Ethan Allen, Gold, Nike and others that he could recognize when he heard the name.  I, on the other hand, was more sophisticated and bought stocks that I thought were especially poised for a big profit.  He was steady plodding with investments he knew.  I was speculating with what I thought would be the best money makers in the next few years. This sounds remarkably like the story of the tortoise and the hare when I look back on it, and we all know how that ended.

His portfolio blew the socks off of mine.  We both made profit, but his profit after a couple of years was about 10 times mine.  I was teaching the concepts to a 7 year old and he used the principles I taught to blow me out of the water as I strayed from the formula and tried to get fancy.  He bought those boring bread and butter stocks.  I bought the exciting wishful thinking stocks.  It doesn’t help to know better, if you don’t use that knowledge to do better. So I’ve now learned that lesson twice. Seems I can’t learn from myself any better than I learn from others.

Don’t get fancy.  Make sound, conservative investments that you understand.  Make them every year. Make as many of them as your budget can handle.  Keep as much as possible in tax advantaged investments and you will eventually become wealthy. It is not a hard formula to follow if we can avoid getting sidetracked. Yet many of us will still try and beat the system to get there faster.  After all, we are doctors and we are smarter than average. But are we smarter than a second grader?

This is not a new or novel concept, it’s been around for a long time. About 3000 years ago, King Solomon stated the same idea in Proverbs 21 when he said, “Steady plodding brings prosperity, hasty speculation brings poverty.” This simple truth holds the same power today as it did 3000 years ago. Steady plodding brings prosperity. You don’t need to get risky or fancy, you don’t need to try and make investing seem more exciting. Sometimes the solution is so simple, it’s hard to believe it will work. Just work the plan, and the plan will work.

What do you think? Are you a “steady plodder?” Why or why not? Were you ever a stock-picker? How did you do? Comment below!