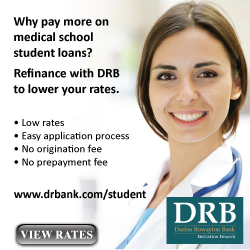 [Editor’s Note:  This is part 2 in our real estate private placements series.  This particular post is a continuation of part 1, also written by Mark Reynolds, a real estate investor who offers privately placed investments.  We have no financial relationship.]

The original impetus for this articles was in an e-mail correspondence with The White Coat Investor.  After a series of e-mails in which we discussed some private-placement mortgages I’m offering, I commented “not all Private Placements are scams.” To which WCI replied “non-publicly traded investments aren’t necessarily scams….but enough of them are that people are wary of them for a reason.  Once you add in the cost of due diligence (like background checks) they’re often not worth it for smallish investment amounts.”

I should point out that although Private Placements are exempt from the registration requirements of the Securities Act, they are not exempt from the Fraud provisions and that the penalties for the violations of the Fraud provisions are serious up to and including Federal Prison time. So merely because an investment is a Private offering does not mean that it is more likely to be fraudulent or that the issuers will be punished less severely if the fraud is discovered.

The assumption of those who lose money in a Private Placement is that “somebody” is to blame. “Somebody” invariably turns out to be the organizer.  Since the failure must be his fault our status as victim requires that this organizer be a Bad Guy. Hence most Private Placements that fail are believed by the investors to have been scams that they fell for.  So, a lot of ink gets spilled about Private Placements and fraud but given Wall street’s history of Bernie Madoff, Lehman brothers, Enron, World Com, etc, it would be difficult to determine whether fraud is actually any more prevalent in Private Placements than it is in the Public marketplace.

The picture is further complicated by the tendency of the SEC to charge fraud in every regulatory action. The fraud penalties of the Securities Act are the toughest penalties available to the SEC. Therefore, whatever the issuer may or may not have done, the SEC is almost certain to allege fraud among the violations. For example, selling a private placement to too many unaccredited investors is considered fraudulent, not just a violation of the regulations.  This strategic tilt toward fraud counts gives the impression that fraud is more common than it actually is.  Still, as WCI pointed out, there is certainly real fraud out there and the wise investor would be advised to learn how to recognize it when it rears its head.

First, I think, there needs to be a certain amount of critical thinking about an assumption which often underlies this discussion and which may or may not be correct. “Greater return means substantially more risk.”  The conventional wisdom is that risk and reward are perfectly related in the financial world. If a product is paying a higher rate of return then it must be riskier.  I’d like to question this conventional wisdom and suggest that there are ways to increase return on investment without substantially increasing risk.

Why the Private Placement Market is the key to higher returns.

The Public marketplace is a very “open and efficient” market– everybody has access to pretty much the same information (and those who have “insider” information are, for the most part, prohibited from using it), the products trade easily and quickly and with minimal “friction” from trading costs, and there is enough volume that buyers and sellers are generally available.  While that all sounds lovely, in such a market its pretty hard to find a “bargain”.  In an efficient marketplace it is, over the long run, nearly impossible to “beat the market” and the investor is better off to simply “buy the market” and attempt to ride the average.

The same cannot be said in the Private money marketplace. Here there are lots of inefficiencies, and lots of “asymmetric access to information” situationsand bargains abound. The problem is to sort out which of these offerings is actually a bargain and which is an alligator– ready to eat you and your hard-earned savings alive.

My wife has a business that is a perfect example. She buys consumer products in a variety of inefficient markets and sells them on E-bay (a larger, more efficient marketplace with a greater variety of buyers).  If these were financial products we would call that kind of trading arbitrage. Now this business model works for her because she works in a marketplace of unequal information. She can buy women’s handbags, for example, at second hand shops and sell them at 10 times or more than her purchase price because she knows a lot about handbags and the people that run Goodwill do not. So our local Goodwill store will price a $100 Coach® brand bag at $8.00 because they have inferior knowledge– they simply cannot tell the difference.

Now the motto of public markets since the crash in 1929 has been complete disclosure, everybody has access to all the same information at exactly the same time. In such an environment it is difficult to get a competitive advantage over the other bidders and everything becomes “fully priced” very quickly after new information is made public.

In such a market “cheating” is extremely attractive. Obviously, some people do, in fact, have access to the information earlier than everybody else and the temptation for those insiders to profit on that information is immense. While the SEC tries to police such matters it would be foolish to believe that their success rate is high enough that the unscrupulous are entirely deterred from profiting on their insider status. Perhaps they could be best described as deterred from scaling up their trades to the point where they would appear on the radar of those at the SEC tracking such things.

In contrast the private placement marketplace is a lot like my wife’s handbag business. Private placements tend to be niche financial products– real estate transactions, business startups and expansions, “specialty” financing — that cannot get access to the “cheap” money of the financial markets for one reason or another (often because they are too small or because their business plan is unusual or their own creditworthiness is impaired).  For these opportunities the cost of capital is less important than access to capital. Hence the borrowers are willing to pay rates of return that in the public market place would imply huge risks on transactions that are not, in fact, all that risky because they do not have access to cheaper forms of capital.

Obviously the risk here is the same “asymmetric access to information” that the Goodwill store operator has– how do you know that you are getting value for your money without access to the information that the organizer of the private placement has? More on this later.

Why Rate of Return Matters.

In today’s extremely low-rate environment it shouldn’t be too hard to explain why rate of return is important.  If you have your funds in a “risk free” five year Certificate of Deposit these days it is likely that your rate of return is around 1.5% per year.  After inflation and taxes it is likely that your “risk free” investment is actually losing money– that the $50,000 that you put into the 5 year CD will actually purchase LESS after you have foregone the use of the money for 5 years than it will right now.

Obviously this situation only gets worse if you extend those numbers out to a 20 year retirement horizon. At the end of 20 such years your $50,000 CD will be worth about $66,000. However, if we assume a 3% per year inflation rate and NO taxes then the $66,000 will have about $36,000 in adjusted purchasing power. This is not a formula for a luxurious retirement lifestyle.

On the other hand it may be unlikely that 1.5% will be the norm for all 20 years and you might assume that things will get better before then. Unfortunately it looks like the most likely thing to “improve” interest rates would be inflation and that will hurt your retirement purchasing power even more.  If we instead managed to get a 10% return on that same $50,000 for that same 20 years then it would grow to about $300,000 ($170,000 after inflation)  The point is that the “risk-free” investment is NOT risk-free. Inflation is the other alligator in your retirement plan– slowly eating away at principal. So all of us need to be “chasing returns,” whether we admit it or not.

Private Placements in a Balanced Portfolio

It is clear that private placements have an impressive track record of both performance and of loss. I meet a fair number of investors who have put a great deal of thought into their asset allocation model without considering that all of the assets they have in their portfolio are essentially financial market products.  Private placements should be considered an asset class also– they are, in fact, about the only class not tied to the performance of the stock market in general.  Therefore the prospective investor will need to develop a group of skills to attempt to weed out both the fraudulent and the likely-to-fail.  [Editor’s Note- I find these two statements overly broad. I don’t see private placements as a separate asset class, more as the ability to invest in similar assets that aren’t available publicly and thus may have a higher return.  Stock is still buying shares of a business, bonds are still loans, real estate is still real estate, whether bought over an exchange or in a private transaction.  Nor do I see private placement investing as mandatory to a successful retirement plan.  See Friday’s post for more discussion.]

The good news is that you already have the skills necessary to perform this due diligence.  These are the same critical thinking and examination skills that you use everyday in your practice.  When a patient comes in complaining of some symptom you ask questions, you do tests from simple and cheap (listening to the heart with a stethoscope, palpating the abdomen,) to the expensive (a full-body MRI). You look at all results with a critical eye (what if this patient is lying about the pain in order to get access to controlled substances? What if the equipment has not been calibrated correctly?). You make hypotheses. You test the hypotheses. Eventually you have a pretty good diagnosis and begin a course of treatment. You check back to make sure that the treatment is producing good outcomes and if not you either modify the treatment regimen or you go back and reconsider the diagnosis.   In short you follow the Scientific Method: Observe, hypothesize, test, observe.  The good news is that the Scientific Method works for investments as well, its just a different set of criteria. Like in medicine, you try to hold off on the expensive tests until the cheap ones indicate that they are necessary.

In part 3, Mark will give some tips on avoiding outright scams, and more importantly, losing business propositions.  Feel free to comment as we go along, or save your comments on private placements for Friday.