Long-time readers will recall a time when there was no WCI Network. In March 2017, the WCI Network was formed when I became a minority owner of The Physician on FIRE, LLC. Later that year, Passive Income MD was added to the network to form a Triumvirate of professional physician financial blogs. This month the Triumvirate has become a Quadrumvirate as The Physician Philosopher has joined the WCI Network.

Who is The Physician Philosopher?

True aficionados of the physician blogosphere need no introduction to James D. Turner (who goes by Jimmy). He has been blogging at The Physician Philosopher since November 2017. In the last 18 months, he has not only written over 200 blog posts, but he has written and published an excellent book. If you can gag your way through the foreword, I’m sure you’ll enjoy the rest. More on the book in an upcoming review. As far as I can recall, he’s only the fifth physician financial blogger to publish a book, and only two of us are still practicing.

Jimmy is an anesthesiologist (yes, another one, perhaps there is some truth to the stereotype that anesthesiologists are the investors of medicine.) Unlike the two other anesthesiologists in the WCI Network, he is an academic physician working full-time and living on the East Coast. Leif, Peter, and I are at similar points in our career–mid-career and recently financially independent. Jimmy is younger and earlier in his career. He also lives in a completely different part of the country. We now have a West coast doc, an East coast doc, a Midwesterner, and whatever you call those of us living in paradise here in the Intermountain West.

Despite his youth, he already has some impressive personal finance experience; he increased his net worth by 1/4 of a million dollars in his first year out of training and paid off $200,000 in student loans in 19 months. He clearly knows how to Live Like a Resident. Although he certainly didn’t learn until he had finished residency. In fact, he grew up in a family where profligate spending, credit cards, and even bankruptcy were the norm. While it is impressive that he and his wife knocked out their loans so quickly after finishing training, it was a rather large loan burden for someone with a full-ride undergrad scholarship AND a full-tuition med school scholarship!

Like many financial bloggers and others who become financially literate at the beginning of their career, he plans to become financially independent by mid-career and cut back to part-time by 50. However, working 1.3 FTEs and having a side gig appears to be starting to take its toll, just like it has with many of you. Which brings us to the main reason for the addition of the Physician Philosopher to The White Coat Investor Network. It isn’t his desire for FIRE; we’ve already got a FIRE specialist. Nor is it the fact that he became financially literate early in his career; we’ve got one of those too. Nor is it his desire to boost his passive income; as you are likely aware, we also have one of those. It is his focus on balance, contentment, burnout, life design, and living intentionally. In short, I’m trying to add a little more philosophy to the hard-core financial topics we hit so often.

Of course, a new angle and a compelling story aren’t enough on their own to join the WCI Network. There have been at least 80 or 90 physician-written financial blogs in the short history of the internet and many of those bloggers have had a compelling story. Joining the WCI Network is more than that. It is a commitment to blogging professionally and consistently. It is a commitment to your readers, your partners, and the community. None of us are going anywhere anytime soon, so readers can expect on-going, top-notch content for years to come.

In addition to great content and a long-term commitment, we also look for people who have the proven ability and commitment to promote and monetize a blog. It turns out that blogging professionally is very different from a hobby blog. I was told early on that successful professional bloggers spend about 10% of their blogging time on their content, 70% on promotion, and 20% on monetizing. I think that’s about right. A typical hobby blogger spends 90% of their blog time on content and 10% of their time talking to their friends on social media! Like any job, doing it right sometimes feels an awful lot like work.

The Message of The Physician Philosopher

Today I just want you to get to know The Physician Philosopher a little bit better. I’m sure you’ll be hearing more from him in the coming weeks and I’d like you to know who you’re hearing from! So I’ve included a selection of some of my favorites from his blog that I think you will enjoy.

All of a sudden, there simply weren’t enough hours in the days or weeks to accomplish everything that I had planned.  Apparently, having a voracious appetite for setting and achieving goals has its limits.

With a realization that my time was limited, I couldn’t waste another second on things that didn’t matter to me.  It really brought everything into perspective.

Honestly, it also completely burned me out.  Given that I’ve been writing about physician burnout for a year, the irony was not lost on me, but it was happening whether I wanted it to or not. 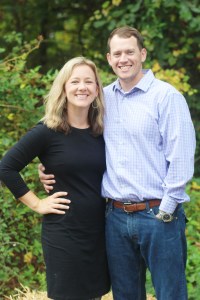 For years, economists believed that humans generally made choices based on their optimal utility.  However, as our understanding advanced on how people make choices, it became obvious this simply wasn’t true.  From this, the field of happiness economics (or the economics of happiness) was produced.

This explains why people smoke when they know that they shouldn’t, exercise too little, and eat too much.  It is not that people don’t see the lack of utility in these things. They simply think the immediate satisfaction or pleasure they will receive is worth the cost.  Until it isn’t anymore.

This same mentality explains why people spend too much and save too little for their future. It explains why people buy cars, homes, and designer gadgets that they will later regret.  It also explains why 25% of physicians who are 60 years old do not have $1 million in net worth despite earning millions of dollars during their medical careers.

How do autonomy, competence, and “relatedness” (whatever that means) relate to those of us that work in medical professions?  Does it help explain our love (or hate) for the hospitals and clinics where we work?

Have you ever wondered why it infuriates you when an insurance company or administrator tells you how to do your job?  It’s because they are taking your autonomy….

Another piece to this is that competence and autonomy are probably related.  If given autonomy, people are more likely to attack a given problem via a method that best utilizes their skill set.  The opposite is also true. When micromanaged, people are often forced to perform tasks in a way that doesn’t suit their skill set….

Relatedness describes the feeling of being supported at work.  In other words, when colleagues and bosses provide support, work satisfaction increases. This is probably obvious….This is best seen when tasks are being accomplished by a non-micromanaged person who accomplishes their job how they best see fit.  When they need help, they know the support is there. 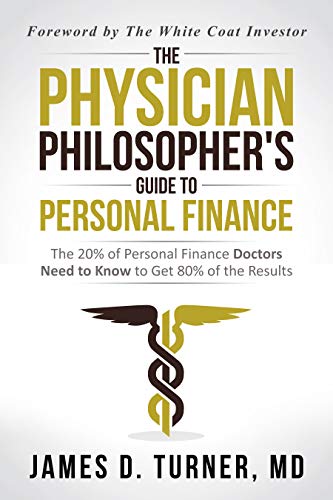 Of course, there are also plenty of good old financial posts too.

How Much Should I Be Saving? The 30% Rule

I don’t talk about war much on this blog, but today it’ll be necessary as I introduce you to a different kind of WAR – your Wealth Accumulation Rate (WAR). To calculate your WAR: Add your percentage savings rate (hopefully at least 20%) and the amount of money you are putting towards debt (hopefully at least 10%).

Obviously, the higher your WAR the better – as long as your life is tolerating it.

Aggressively building wealth to the extent that it negatively impacts your wellness may not be worth it. On the other hand, if your WAR isn’t high enough, your wellness will also be impacted as you limit your future choices and fail to obtain financial independence….

Maybe, its time to make lifestyle changes if you are feeling financial stress with a WAR of less than 30%.

If, however, you are feeling the tight constraints of your budget and you are saving over 30% of your AGI, you may need to question the extent of your frugality. Is it cutting too deeply?

Should I Tithe or Should I Build Wealth?

Money is not the only gift you can give.  You can provide your services and time as well…Just because you give your time and your services does not mean that you have an excuse to avoid giving money to those in need or to charitable organizations that serve them.  “To whom much is given, much will be required.”

Many people are afraid to give money to charity because it will delay their ability to build wealth.  While hoarding money may get you there faster, at what cost?  Have you given as much thought to the fees you are paying in trading, funds, or to an advisor? If not, Physician on Fire has your back when he looked at the cost of a 1% fee versus tithing 10%.  The end result?  Fees are killers.  Many of you know this, but for those that don’t; giving 10% of your paycheck to a charitable cause will hurt you less financially than a 1% fee.

The truth is that if saving – or charitable giving – are not important enough for you to carve out now, then they likely never will be.  Both of these endeavors take a cold-hearted discipline that many people lack. If you are in this camp, stop making excuses.  Simply tell the truth and say it’s not a priority, or start doing what your heart is telling you to do. 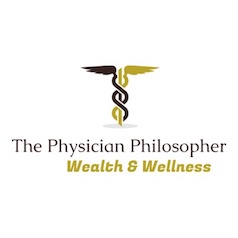 As you can see, you can find some great writing and insightful content over at The Physician Philosopher. I’m confident there will be plenty more of it in the years to come. While we will be occasionally featuring his content here at The White Coat Investor, if you want to make sure you don’t miss anything, head on over there and check out what he has already written. Also, be sure to sign-up for new content delivered straight to your email box. If you trust him with your email address, he’ll give you his Student Loan Debt Destroyer Email Course completely free. And of course, you can unsubscribe at any time. If you’re a physician, consider joining his brand new Physician Philosophers FaceBook Group with me. You’re getting in on the ground floor here.

What do you think? What is your favorite Physician Philosopher blog post? Why do you think wellness and finances tie in so well? Comment below!