[Editor's Note: The following post from Passive Income MD is all about companies, including all of the members of The White Coat Investor blogging network, that are not only making great products but doing good in the world. Enjoy!]

Tis the season of giving, so with that in mind I wanted to talk about something near and dear to my heart – companies with a social mission.

Entrepreneurship used to be thought of only in terms of market share and profitability, but today things are quite different. Both companies and consumers understand the power of having a connection to some greater social good with a product or brand.

Creating a Company With a Social Mission

I started a business shortly out of training, Curbside Real Estate, to meet the needs of physicians in the home buying process, especially those who were as confused as I was when buying my first home. The company was profitable immediately, but it also became more and more time-consuming as it grew. I actually began to wonder whether it was worth the time and energy.

However, that’s when I came across the book, Start Something That Matters, by the founder of Toms Shoes, Blake Mycoskie and it had a profound impact on me. He talked about the importance of creating a for-profit business that did non-profit good (social entrepreneurship), and it really inspired me. I decided right then that I was going to change my business and have a social mission as an integral part of it.

I’m proud to say that since that point less than 3 years ago, we’ve been able to stay true to our social mission to impact the lives of children around the world through meeting housing and educational needs.

We’ve partnered with Angel House to open two homes for abandoned children that not only provide housing but also access to clean water, food, and schooling.

We’ve also funded an academy through Zoe to empower over 100 orphans and vulnerable children to become entrepreneurs who are socially, economically and spiritually strong. The hope is that this will not only change the lives of the children but also the community they live in as well.

I share this not to put the spotlight on me, but to hopefully provide some of the same inspiration that was given to me through that book. I believe that I’m making an impact in my own way, and I hope to continue to build and support businesses that make this notion of helping others as a fundamental part of their business plan.

I want these companies I support to be wildly successful financially. Then I know that they’ll be funneling a good amount of funds into efforts that make a great social impact. So with that in mind, I’d like to highlight a few of my favorites.

Companies With a Social Mission

Most people point to Toms Shoes as the ones who started the movement of for-profit businesses having a social mission.

With their “One For One” program, they’ve pledged to give away a pair of shoes for every pair that is purchased. So far, they’ve distributed over 60 million pairs of shoes in over 70 countries. Add that to other programs where they provide medical eye treatments, create sustainable water systems, and provide education and resources for safe births, and you can see that they’re making a huge impact all over the world in so many ways.

Seeing the movement that this company created (which also translated to a significant amount of sales) motivated larger established companies to find their social missions as well. It’s awesome to see how responsible entrepreneurship can so quickly and radically change the world.

Started by a few business school friends who set out to disrupt the expensive eyewear industry, Warby Parker quickly grew into a billion dollar company.

However, from the very start, they’ve kept to their “Buy a Pair, Give a Pair” Program, and partnered with Visionspring to bring prescription eyewear to people in developing countries. They’ve given out more than 4 million pairs in over 50 countries since 2010.

I no longer use glasses since I had Lasik surgery over 10 years ago, but I do have a few pairs of their sunglasses and happily bought them knowing that someone else will benefit from that purchase. It also helped that they’re good quality and they let me trade-in my glasses when I scratched them (oh yeah…). 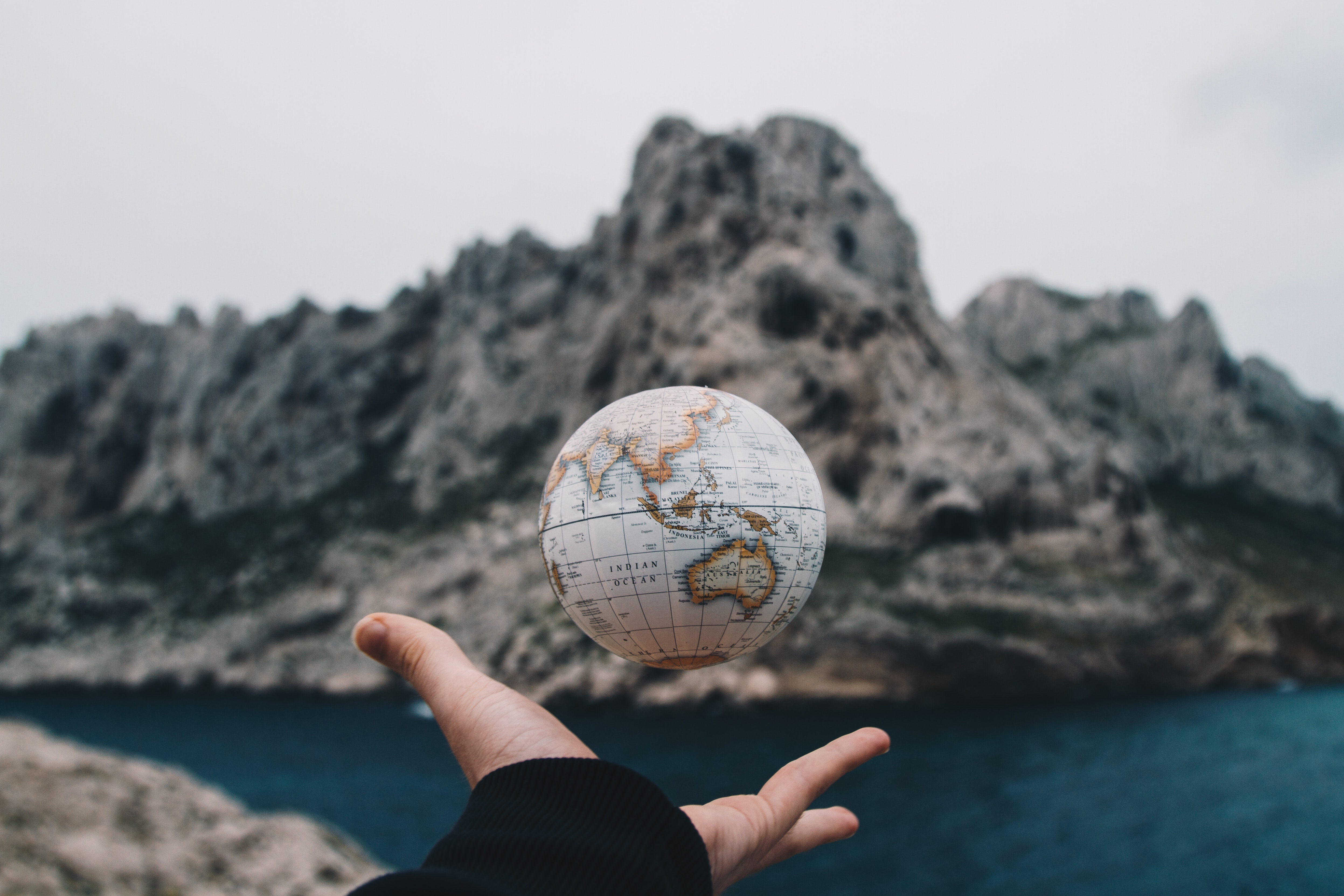 I first heard about this company, Bombas, on my favorite show Shark Tank and since then they’ve exploded. I’m usually a Costco socks kind of guy, but I have bought some of their performance socks and been impressed.

They also subscribe to the “buy a pair, give a pair” way of life, where they give away a pair of socks for every pair purchased.

They state that socks are the #1 most requested clothing items requested at homeless shelters and they’ve given over $13 million pairs away since being founded in 2013. Pretty amazing.

Any other companies that you support that have a social mission? Find and share in our Facebook group!

How the world is perpetuating poverty through Ngo’s, non Ngo’s, social entrepeneurs, etc. A must watch if people really want to help the poor.

Tom’s rather waded into the realm of gun control, which means they get zero business from me. I really wish companies would stick to causes that don’t assault civil liberties and stay out of politics. Changing the world through authoritarianism seems to be a common theme lately.

Thanks for the info. Gun control is in my lane and I’ll be adding Tom’s to my “buy” and invest list today!

Same here! That’s such a great cause addressing a pandemic in America. Has a big platform too so hopefully more will get involved.

Gun control is easier than you think.
Just line up the front and back sight and control your breathing. Maybe get some range time if it’s giving you trouble.

Very classy of you to make a joke about people dying from homicides, suicides, and mass shootings in the US. Shame on you “Hank.” I encourage you to show a little bit more empathy. Life’s a whole lot more hopeful if you do!

Yep, just line up to toss your constitutional rights down the drain for the “greater good.” That is what modern Americans are made of these days and is what my forefathers fought and died for. So easily manipulated by fear. You can see the polarizing effect this creates, something any charity could avoid if the do-gooders were really about their mission of good and less about politics.

A lesson in NRA gun logic and general paranoia:

Pro-gun control side: “We should enact common sense reforms, such as mandatory background checks, in an effort to ban convicted felons, domestic abusers, and terrorists from owning guns.”
Pro-gun side: “They’re trying to take away MY guns!”

By your logic, you have just admitted to being either (1) a convicted felon, (2) a domestic abuser, and/or (3) a terrorist.

What about the radical concept of making and selling the best and most affordable product possible and letting people decide what charitable activities they individually want to support with the money they save?

This would be great if individuals were all naturally good. Also, it is much easier for a company that makes an extra dollar per product to spend a million dollars towards charity than for an individual to take that dollar and make a change.

In a previous job, I worked extensively with ZOE and their expansion to Guatemala, so this post brought back so many fond memories of fundraising, planning, and traveling. For those not familiar, ZOE works with groups of about 60-120 orphans and vulnerable children in a three year empowerment model addressing financial, medical, and educational wellbeing. Boys and girls who participate in these working groups start businesses, learn their self worth, and experience lasting change. I truly haven’t seen anything like it! In many instances continue to meet after the program completion, as well as mentor other youth living in poverty.
Yes, the charity industry can be severely broken and dollars can be wasted. But there is absolutely no need to be pessimistic or closed off with charitable giving. If one looks around and does his or her research, there are so many ways to lift people out of poverty.

LOVE this post!
Most people don’t realize the impact a company like Toms had on the consumer market. Since their buy one give one model, so many companies have followed suit (the glasses you mention are incredible, too!). I think Toms can also thank the rise of the internet, but it’s still revolutionary if you ask me!
There are a lot of local places that do similar practices as well. One I know of sells scarves and items made by women rescued from human trafficking. Another national one, Preemptive Love, helps refugees from war-torn countries with their online store (soaps, candles, shirts, and the like).

The problem with programs like Toms shoes that give away consumer items in places like Africa is that it destroys the market for local shoemakers and repairers and thereby makes it more difficult for people to escape poverty by building up local small businesses. Like many first-world attempts to improve lives in the third, these are the typical kinds of things that sound good and noble but have a raft of unintended consequences. Throwing money and free stuff at problems we don’t have a basic understanding of is as likely to make the problems worse as to make them better.

Imagine the child who spends three years at Zoe learning shoemaking only to be unable to make a living because so many local people are getting free shoes from Toms!

You all do realize that Toms has changed their business and charitable practices, right? It’s not 2006 anymore, and the “airdrop” practice of shoes has transitioned to more sustainably, community focused work. Just look at how they handle eye care… Lots of jobs for young women IN countries in need.
I certainly don’t think Tom’s is perfect, but clearly the broader issue is lack of investment when it comes to charity and aid work. For goodness sake, people in this thread throw a hissy fit, lose their marbles, and get utterly triggered over a small political action taken by one of the founders!

October: This is one of the peculiarly dangerous months to speculate in stocks. The others are July, January, September, April, November, May, March, June, December, August and February.