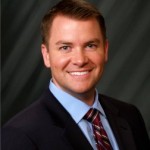 [Editor's Note:  This is a guest post from Tom Martin, CFP®, CPWA®, AIF® and Andrew Parker.  They work for Larson Financial Group, LLC, a physician-focused financial advisory firm with numerous branches across the country.  We have no financial relationship and the information found here is for entertainment only and does not constitute personalized tax advice.  There is a lot of talk on the internet and perhaps in the doctors' lounge about locking in tax rates before they go up, also known as “tax-gain harvesting.” This post explains the pros and cons do doing so.] 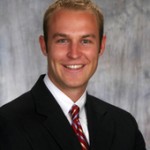 Take the following recent example for an emergency physician who has a gain of $50,000 on an investment that he purchased years ago.  He still wants to participate in the investment, but wants to maximize tax efficiency.

There are six important caveats you should understand prior to using this strategy:

Capital gains rates are currently scheduled to go up to 20% in January.  We arrive at 23.8% by adding on the additional 3.8% Medicare tax that takes effect beginning January 1 for married taxpayers with incomes in excess of $250,000 (or $200,000 if single). [If you don't have $250K in adjusted taxable income, the benefit is much lower-ed.]

2) Congress Is Still In Session

These higher tax rates haven’t actually materialized yet.  This jump from 15% to 20% was supposed to happen on 1/1/2011 but Congress intervened on December 17, 2010 to prevent it from happening.  The impact of this strategy could be lessened if Congress changes the tax code.

3) Bird In The Hand Is Worth Two In The Bush?

Some of you may be thinking appropriately, “Isn’t a dollar today worth more than a dollar tomorrow?”  In essence, you’re trying to quantify the cost of paying a 15% tax rate today with the idea of allowing those tax funds ($7,500) in our above example, to continue to grow tax deferred.  You’re right in this assessment that we need to factor in the cost of paying taxes today.  In accounting, this process is called “discounting.”  We need to figure out what the future value of the taxes paid today, could have grown to later.  From here we can analyze if this is enough to offset the 58% larger tax bill.  The result of this discounting equation shows that you are likely better off to sell the position and pay the taxes today if you already plan to do so sometime in the next 5-10 years.  If you plan to keep the investment for longer than 5-10 years then keeping the funds invested (instead of paying taxes today) actually turns out better.  This analysis is dependent on the growth rate earned on the investment.  The higher the growth rate the shorter the time required before it is better to delay the taxes rather than pay them today.  If the investment return is around 5%, the breakeven point is closer to 10 years, whereas an investment earning 10% would have a breakeven point closer to 4 years.

Selling an investment, and paying long-term capital gains tax rates, can sometimes trigger AMT taxes to be owed.  When this happens, you’re trading your 15% rate for a 26-28% already discussed.  This is obviously not a good idea, so make sure that you or your CPA first run a mock tax projection.

6) Long-term Means More Than A Year

Year-end tax projections are essential anytime you are considering implementing a strategy for the purpose of minimizing tax expenses.  Schedule this exercise annually for November to give yourself plenty of time to take action if you find that a strategy works well for your situation.  [Given Congressional actions the last couple of years, November may be far too early to do your tax planning.  Unfortunately, it'll be too late to do any tax-gain harvesting after Congress gets their act together on New Year's Eve.-ed]

What do you think?  Are you locking in capital gains this month?  Comment below!

Tom and Andrew make many good points in their guest post but I was unable to duplicate their breakeven calculations. For example, instead of a 4 year breakeven point when returns are 10% and taxes at 23.8%, I calculate 6 years. Apparently they are using different assumptions. My calculations are described below for those interested in the detail.

Different example
The breakeven for a 6% return assumption and future capital gains taxes at both 20% and 23.8% tradeoff is illustrated graphically here: http://granitehillcapital.com/blog/taxes/capital-gains-and-the-fiscal-cliff-take-profits-now-or-later

Please note: My original article didn’t use the word stupid. That was an edit by someone at either my editorial team or White Coat. Please accept my apologies either way as my 6, 7, and 10 year old children would be outraged if they thought their father used that “inappropriate word”.

Probably my editing. I changed it just in case your kids read it. 🙂

[Comment edited in 6 of the 7 places it was placed on my website. The original was left up on the Larson Review post. Christopher- I’m sorry you had a terrible experience and obviously feel a need to warn other doctors about your bad experience. I would caution you on two points:
#1- Don’t spam my website or I’ll just block your IP address. Don’t place the comment on a half dozen different posts nor in multiple places on the same post.
#2- Keep things factual. If you stick to the facts and clearly identify your opinions and feelings, you’ll keep both of us out of trouble with regards to libel laws. Larson in particular takes these sorts of comments very seriously.]

The Internet has massively broadened the possible space of careers. Most people haven't figured this out yet.