[Editor's Note: Today's post from Passive Income, MD is about terms being used in real estate investing, 24-hour cities and 18-hour cities. Personally, if it isn't syndicated, I wouldn't buy it out of state and I even prefer syndications in my state (although I don't mind them in tax-free states.) ]

People love using buzzwords because they’re useful for identifying trends as well as for marketing. The investing world is filled with them, and one that I’ve noticed that is being increasingly used in the world of real estate investing is the term “18-hour cities.”

Second-tier cities with an above-average urban population that have relatively low living and business costs are known as 18-hour cities. Examples of some of these include Austin, Nashville, Denver, and Portland.

24-hour cities are big metropolitan areas where significant business and infrastructure is in place to operate around the clock. In America, some of the big 24-hour cities include Boston, Chicago, Washington, D.C., Los Angeles, San Francisco, and New York.

According to CrowdStreet, the reason the real estate industry has become more and more enamored with identifying these 18-hour cities is that this label is “a good prognosticator of growth.” Growth simply equals opportunities to make significant profits.

According to the Urban Land Institute's Emerging Trends in Real Estate 2017, cities that are designated as 18-hour cities show promising growth in every sector. If the city has a stable job base and is relatively affordable, Millennials, in particular, prefer to migrate to these cities.

The question that’s on most of our minds is, “As a real estate investor, how can we profit from investing in 18-hour cities?”

I think it helps to first identify what some of the best 18-hour cities might look like so we can better understand what they are. Then we can turn our attention to how we can participate in their growth.

There are 3 major indicators that experts look at when identifying these cities. They consider:

Population growth is important for a vibrant city. The influx of new residents, particularly millennials, signals a strong desire to live in a certain area.

Job growth is necessary to attract a working, professional population that will spend money to boost the local economy.

Affordable housing is a must for these cities as soaring home prices have made living in 24-hour cities unattainable for many working professionals.

Back in 2017, CrowdStreet concluded the next 18-hour cities would be Milwaukee, Wis., Columbus, Ohio, Charleston, S.C., and Kansas City, Mo. Today, these cities have not only shown signs of promising growth but also have turned in significant profits for investors.

Let’s take a deeper dive into two of those cities to give us a better idea of why they were chosen.

According to the Emerging Trends in Real Estate 2017, the city is loved by Millennials; the capital of Milwaukee has shown a 6.8% growth in the Millenial population over the past five years. This is much greater than the county average of 2.6%. Similarly, over the years 2016-2017, the city has seen a 1.7% growth in employment, hence cementing its position as a stable job market in the country.

There has been a $2.5 billion surge in the investment of construction projects in the downtown of the city. The city is now welcoming new sports arenas, streetcar, office buildings, hotels, and highways that reflect the city's vision of the future.

Over the years 2016-2017, the population change in the city has seen a 1.1% growth. Similarly, over the past five years, the millennial population here has grown an astonishing 7.3%. In terms of the employment change, the city sits at 2.4% for the same years as compared to the 1.5% nation-wide growth.

Because of these factors, the city has been able to maintain a stable economy. While the companies bolster job opportunities, the university creates demand for walkable communities and millennial growth. Similarly, the city has been working on increasing the population of its downtown residents.

Lastly, the ability of the city to reach to a vast number of people by road allows fueling the demand for industrial distribution space. The is especially beneficial given that the current markets are shifting towards e-commerce sales.

Profiting From Investing in 18-Hour Cities

24-hour cities will always be the target of large groups of investors, primarily institutional investors. But with so much competition, prices for these investments are at an all-time high and therefore returns are compressed.

For investors interested in long-term capital preservation, it seems to make a lot of sense. But for investors who are looking for more growth potential, 18-hour cities seem to fit more closely with these goals.

We’ve all seen and heard of cities like Nashville and Denver experiencing significant growth over the past few years. Who wouldn’t want to be part of that?

As many of you know, I like to invest in real estate both through direct ownership and passively investing. 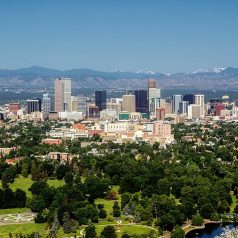 When I started considering investing in these areas, I went to work developing local real estate agent/broker relationships. I was able to do this through different methods: online searches & forums, networking at national real estate conferences, and through personal referrals.

To fill out the rest of the team, you must find good local property management. This is the key to making sure your properties run well, especially if you don’t happen to live in an 18-hour city and have to invest out of state.

Otherwise, when I look to invest passively through syndications and funds, I look for ones that are already investing in these 18-hour cities. That’s what I do when I review deals handed to me personally or on crowdfunding sites like CrowdStreet.

I take time to vet the deals on the front end, then after investing, it’s completely passive.

It’s interesting to think about it, but I was already drawn to these types of cities by the return potential before I knew there was a term for them.

What do you think? What size city do you think provides the best investing return? Have you ever heard of the term 18-hour cities before this post? Comment below!

I have to question some of the comments on Milwaukee (Note I am not knocking Milwaukee, as I was once a resident, visit it often and enjoy it very much). First, it is not a capitol. Madison is the capitol of WI. For comparison, the Milwaukee metro area general population has grown at a much slower rate than the Madison metro area; 1.3% vs. 10+%. Milwaukee proper has lost overall population. From 2010-2015 Milwaukee was in the bottom tier of growth in millennials, so if they are growing well now, they are starting from the bottom. I believe the median home price info for the metro area, rather than the city, may be more pertinent and is higher, at close to $200k, per Kiplinger. Milwaukee’s city home prices average much lower, due to urban blight. Milwaukee is one of the higher violent crime rate cities in the US, something to consider when investing. None of these comments, or for that matter other issues and opportunities preclude investing in Milwaukee, but the city is not quite as rosy as portrayed, in my opinion; due diligence is required.

Comparison is the thief of joy