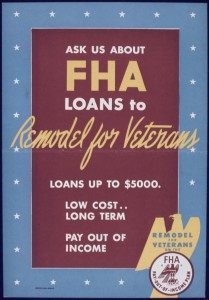 I had an insightful question from a two-doc couple recently that I thought would benefit the readership at large.  This couple will be finishing their residencies in 1-2 years.  They have $200K total in student loans and currently rent.  They would like to buy a house shortly after finishing residency and are in the process of saving up a down payment.  They're trying to decide whether to put 20% down on the house or take out a physician loan and put that money toward student loans.

My initial response was pretty standard financial advice- put down the 20% and get the cheaper mortgage, then work on the loans and retirement contributions after that.  But the more I thought about it, the more I didn't think that was necessarily correct.

There's no doubt that a standard 20% down mortgage is a better deal than a physician loan.  There is more competition among lenders and less risk to the lender so you get lower fees and points, and a lower rate.  I saved up 20% for both of the houses I've owned as an attending, and I'm glad I did.  But the scenario changes a bit when there is other high interest debt available to be paid off (which I didn't have, thanks to the military).

There's always the alternative to just rent and pay down high interest consumer or student loans, but some docs don't want to defer gratification any longer, and especially with mortgage to rent ratios looking pretty favorable in some parts of the country, I can understand why people would prefer to buy sooner rather than later.  Plus, the sooner you start paying a mortgage, the sooner it's paid off.

So how do you weigh these factors?  Here's how I'd look at it:

1) You can currently get a conventional 20% down 30 year fixed mortgage for 3.625% without points or significant fees.  That goes down to 2.875% for a 15 year fixed mortgage.  I'm told by lenders that a typical physician loan costs about 1% more, so say 4.625%, and there would also be a few thousand dollars in fees.


2) Mortgage interest may be deductible.  Assuming a 38% marginal tax rate and fully deductible mortgage interest (reasonable assumptions for a two physician couple), that 30 year after-tax rate drops to 2.25% for a conventional and as low as 2.87% for the physician loan.

3) Student loan interest is pretty much non-deductible for a two physician couple.  Federal graduate loans are at 6.8%.  Private loans are now 7.9%.  And forget about consolidating them at a lower rate.

4) Paying another 0.62% for your mortgage (plus a few thousand) in order to get rid of 7-8% loans seems pretty wise.  Your mileage may vary depending on your individual circumstances, but I think most docs are probably going to be better off minimizing the down payments and paying down the student loans.  Now that's totally different from my med school class, which refinanced their student loans at 1-2% back in 2003, but it's probably the reality for today's grads.

Now, while mortgage debt is probably preferable to student loan debt, no debt is usually better than having debt, even at low interest rates.  Even if you're able to earn more investing than you're paying in debt, there's something wonderful about living debt free, especially since eliminating that fixed expense sucking up your cash flow gives you freedom to make lifestyle changes, like working part time or taking a lower paying job.  But if you have to have debt, and you're choosing between 7% non-deductible debt and 4% deductible debt, that's a pretty easy decision. 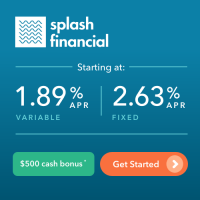 As I finish fellowship over the year, I’ve been contemplating taking out a HELOC on our home and using it to repay my student loans. Penfed has a 1.99% HELOC, and we currently have greater than 20% equity in our home. That is assuming interest rates remain relatively low–which is certainly an assumption at this point.

My student loans are currently sitting between 5.25% and 6.85%. I’d planned on aggressively tackling them as soon as I started as an attending and staying in my current home. Dropping those interest rates sounds nice…

The risk is, of course, losing the house to save just a bit of interest. Given the relative job security of being a physician and having disability and life insurance policies in place makes me feel far more risk tolerant on this one, though.

We are resident couple and will be finished with residency in 4 years.

It was the same price for us to buy ($1,253/mo mortgage) than to rent. We are in a nice midwest city and can see ourselves staying here.

I think the physician couple in question should buy a home if they found a place where they want to settle down.

My wife and I are practically in this scenario right now. We started with ~$440K in student loans between 3-8.5% interest and have paid it down during residency to 3-6.5% (weighted average 5.25%) and ~$390K. In our last year of residency, we have now stopped making student loan payments and putting that money toward a down payment (goal 20% down). The reason is, although we may save a little more in interest in the short term, in my experience, and from those I have asked, your offer on a home is not as competitive with a physician loan. In the current real estate market (we live in coastal southern california), it seems you can get a better deal on the house with 20% down. Also, don’t underestimate the cost of having to pay an extra several thousand dollars up front (time value of money calculations make this number HUGE in the future and lenders know and love this). So we decided to have some cash to: 1) have the option to try both a conventional loan and doctor loan 2) cash for potentially several months on no income post graduation (gotta get a job). Once we buy the house, there will still be plenty of time and money to pay down the highest interest student loans first. Remember that you want to be financially competitive when making an offer on a home.

Tough decisions. Either way you go, the important thing is realizing that paying down that high interest debt needs to be a priority. Getting rid of debt provides a lot of financial freedom.

Hi, I know this post is a few years old. Now that there are many student loan refinancing companies, I’m wondering what your thoughts are these days as to using a HELOC to pay off student debt? I have about $136,000 in federal loan debt at a 6.55% fixed interest rate, paying $959/month on a 30 year plan. I am in my 1st year of being an attending. I work at the VA, but when I inquired about the PSLF program, I was told I didn’t qualify because my income-to-debt ratio was too high (I’m married, and my husband makes $125,000 as a lawyer). We have 2 kids and a house in DC, which is an expensive city, so $959/month still feels like a lot for us some days. When I look at refinancing to a lower interest rate with the private companies, the monthly payments are always much higher than what I’m currently paying (though I understand that the total cost of the loan will be less expensive overall). Today when I was meeting with our accountant to do our taxes, he mentioned the idea of paying off my loan with a HELOC, which we currently already have and at a lower interest rate than my student loans. He pointed out that the interest on the HELOC would be tax deductible, whereas we can no longer deduct my student loan debt interest because of our high income. He did say that I could pay off only $100k with the HELOC because the government doesn’t care how you spend HELOC money <$100k, so I'd still have $36,000 of loans left to pay, which I could probably refinance with a private company and pay at a relatively low monthly rate. What are your thoughts? Is it dangerous to use a HELOC to pay student loans?? Thank you!

However, you are mistaken about a debt to income ratio for PSLF. That doesn’t apply. The ideal for most VA docs is IBR/PAYE—>PSLF as that is certainly a government employer. Whoever told you that you don’t qualify doesn’t know what they’re talking about. Hopefully you made a bunch of little IBR/PAYE payments in residency/fellowship.

If you do choose to pay off (because you mistakenly deferred or were in forebearance during residency) then might as well refinance and get busy. That’s a weak excuse that $1K a month is a ton of money for any attending physician, even one working at the VA with two kids and living in DC. Get control of your lifestyle and throw more money at the loans each month if you’re going to pay them off. At $1K a month you’ll be in debt for 20 years. That’s ridiculous.

Thank you for your response. In your 2nd to last sentence, did you mean 20 years?

I did make payments throughout my 4 years of residency, though they were under the standard 30 year repayment plan (hence the relatively low $959/month rate, which I’m still using). Unfortunately I don’t think those payments count towards PSLF because of the 30 year term…but even if I had made IBR payments in residency, maybe it wouldn’t have mattered because my residency hospital is NOT a non-profit? Is that right, i.e. even if I did IBR payments during residency, if it wasn’t at a non-profit hospital, then it wouldn’t matter?

Do you think that changes anything about your response? You think I should still try to switch to a plan that would qualify for PSLF now that I’m at the VA, even if I’m not sure how long I’ll be there?

Yes, thanks for the correction.

You’re right. If you weren’t working for a non-profit as a resident, those payments wouldn’t have counted. I suspect there won’t be anything left to forgive after 10 years on a plan that qualifies for PSLF. But run the numbers just to be sure. Basically your IBR/PAYE/RePAYE payments must be less than the standard 10 year repayment plan for you to have anything left to forgive. Really unfortunate, I’m so sorry you’re in this situation. But assuming PSLF isn’t much of an option, you might as well refinance those suckers and get busy paying them off.

The reason the payments under refinancing are higher is because you’ll pay the loan off in much less than 30 years like your current plan. I think 20 years is crazy. 30 is definitely crazy. I would suggest the two of you sit down and write down a plan to be rid of that $136K in less than 5 years. I don’t think 2 is totally unreasonable, but you don’t mention your income. If you’re making $200K and your husband is making $125K, I think 2 years is totally doable.