Here we are again. It’s been a full year since our last continuing financial education week. Your initial financial education should have consisted of reading a good investing book, a good personal finance book, and a good behavioral finance book in addition to a physician-specific financial book like The White Coat Investor: A Doctor’s Guide to Personal Finance and Investing. If you haven’t yet done that, here is a link to my list of recommended books.

Continuing Financial Education (CFE) consists of reading a good finance book each year and regularly following a good blog or podcast such as this one. So if you haven’t yet read a good financial book this year, now is the time. All this week I’ll be profiling some of the great books I’ve read this year so you can select one of them for your own CFE. This is particularly helpful for you advanced readers who have already read all or most of those on the recommended list. You don’t have to read all of them, just one of them, so don’t get overwhelmed.

Today we’ll begin with three financial history books I’ve read this year. I love history, and I love finance, so it’s a great meld of interests for me, but understanding financial history is of critical importance to the do-it-yourself investor. Once you’ve read about what’s happened in the past, you’ll understand a lot more about why our current financial landscape looks like it does. In addition, in bad economic times it will be easier for you to stay the course with your investing plan since you’ll recognize echoes of the past and remember that “this too shall pass.” These three books start our very specific, with a review of a single financial period, then move to a broad review of the financial history of a single country (the United States), and finally with a book that explores world financial history over several centuries.

America’s First Great Depression: Economic Crisis and Political Disorder After the Panic of 1837

Our first book is by Alasdair Roberts and tells the extremely interesting history of the economic downturn of the late 1830s. Most of know about The Great Depression of the 1930s, but few of us can rattle off the causes of the one a century before, which in many ways, was just as bad. This “first great depression” lasted 7 years, and followed a 3 year boom. There were bank runs (in fact half the banks in the country closed), deflation, and near-collapse of many industries (like cotton.) Even more interesting, there were a number of states that defaulted on their bonds. British creditors, in particular, were pretty upset about it and actually had lobbyists going to state legislatures to try to get them to pay their debts. The psychological aspects were some of the most important factors, as a lack of confidence in banks and the economy worsened the crisis in many ways.

Roberts walks the reader through the depression from start to finish in 264 pages. My wife makes fun of my reading interests, but I found it hard to put down. In the first chapter, entitled Boom and Bust, he writes this:

A great trauma such as this should not be regarded only as an economic phenomenon. Economic woes soon spawned other troubles, and in its later phases the Depression could as easily be viewed as a political, and a cultural, and a diplomatic crisis. Regardless of how the Depression is perceived, though, there is a common theme: the pervasive influence in American affairs by the superpower, Great Britain.

The second chapter deals with the crisis in the various states, and then the third about the crisis with the fairly weak (by today’s standards) federal government. By chapter four, there was civil war in Rhode Island. This was all new to me, despite being a fairly avid student of history.

He wraps up the crisis in chapter 5 and demonstrates how this crisis led to war with Mexico and much of the interesting Texan history. Overall, the book is a fascinating study of a difficult time in American financial history and I cannot recommend it enough.

An Empire of Wealth: The Epic History of American Economic Power

Our second book, by John Steele Gordon, is a broad economic history of the United States. The author begins by comparing the position of the US in economic affairs to the apogee of the Roman Empire as the only even remotely comparable situation. But while the Roman Empire conquered by force of arms, the US conquered by force of economy. In particular, our dominance in the armed conflicts of the 20th century, the most destructive in the history of the world, was due to our economy.

The United States, however, has always been, at most a reluctant imperialist. In the twentieth century it was the only Great Power that did not add to its sovereign territory as a result of war, although it was also the only one to emerge stronger than ever from each of that century’s three Great Power conflicts….The reason is the American economy. For while the United States has only 6 percent of the land and the people, it has close to 30 percent of the world’s gross domestic product, more than three times that of an other country. In virtually every field of economic endeavor, from mining to telecommunications, and by almost every measure, from agricultural production per capita to annual number of books published to number of Nobel Prizes won (more than 42 percent of them), the United States leads the world….The ultimate power of the United States, then, lies not in its military–potent as that military is, to be sure–but in its wealth, the wide distribution of that wealth among its population, its capacity to create still more wealth, and its seemingly bottomless imagination in developing new ways to use that wealth productively. 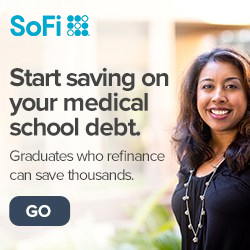 This 496-page book was published in 2005, begins with the arrival of the Europeans among the Neolithic hunter-gatherers of the Eastern seaboard, and ends with the events of September 11, 2001. In between, it hits every major American historical event but primarily discussing the economic impact of it. As I continued to read, I found economics to be a far major player in history than anything else. It seems to have mattered far more than religion, political ideas, technology, or any other cause. A good example of this was Jamestown. As Gordon writes:

The charter [of the Virginia Company] stated that the purposes of the company were to help build up England’s merchant fleet, increase the number of the country’s able mariners by broadening its trade, find precious metals, found a Protestant colony in a land that was under Spanish thread, and while they were at it, convert the heathen. The last objective would, in fact, receive precious little attention. Indeed, the English sent no missionaries at all. Instead, they apparently intended to Christianize the Indians through a sort of economic osmosis…Thus, from the very beginning, the English approach to colonization was profoundly different from that of the Spanish and French.

I thought the coverage of the “Robber Baron” period along with the economic causes and effects of the 20th-century world wars was also particularly exemplary in this book. I highly recommend it.

Buy An Empire of Wealth today!

The Birth of Plenty: How the Prosperity of the Modern World Was Created

Our final book today comes from one of my favorite authors, neurologist, financial guru, renaissance man, and WCI conference speaker Dr. William J. Bernstein. This 2010, 432-page book focuses on 1820. Prior to 1820, there was precious little growth in the world. Period. Since 1820, growth has been at an incredibly high rate by comparison to the entire remainder of the history of the world. Bernstein argues this is due to four factors.

Most important of all, why did Hobbes’s description of life in a state of nature as “solitary, poor, nasty, brutish, and short”–words that perfectly captured what life was like for the majority of people until the nineteenth century–disappear from Western Europe less than two centuries after it was set down on paper?

He acknowledges prior work, such as Jared Diamond’s “Guns, Germs, and Steel” where Diamond explains that the answer to the question “Why do white man have all the cargo?” involves geography, climate, and microbiology. However, Bernstein’s thesis is that the reason we’re basically all rich now comes down to our factors. Here is his thesis:

In all but the most exceptional cases, national prosperity is not about physical objects or natural resources. Rather, it is about institutions–the framework within which human beings think, interact, and carry on business…Four such institutions stand out as a prerequisite for economic growth:

The first section of the book delves into these topics, first laying out the logic of the thesis, next describing the historical development of each of these factors, and finally discussing the interdependency among the factors.

The second section delves into wealth inequality-why there is such a disparity in wealth between the world’s haves and have-nots. US-based leftists may be disappointed to learn that he isn’t talking about the difference between our nation’s billionaires and our teachers, but between the countries that “made it” economically, and those that have not. First, it focuses on the successes- Holland and England along with England’s child, the USA. Then the runners-up- France, Spain and Japan. Finally, he discusses the anatomy of failure as seen in the Muslim world and Latin America and relates it to his thesis.

The last two chapters sum it all up and discuss a number of related topics including the interactions between wealth, religion, democracy, and happiness. Finally, he uses his factors to explain the rise of the USA and our place in this unipolar world.

Overall, this is also an excellent book, not only for entertaining prose, but also to help the investor understand how and why wealth is created, maintained, and grown. It was well worth my time to read.

Buy The Birth of Plenty today!

What do you think? Have you read any of these books? What did you think of them? Why do you think it is important for the investor to be familiar with economic history? Comment below!