Care Even When They Hurt You – 2017 WCI Scholarship 2nd place

[Editor’s Note: Last week I announced a new resident refinancing program at SoFi. Unfortunately, they delayed the implementation a week longer than expected, but it’s now live. Use the White Coat Investor SoFi link to get $300 back in your pocket in addition to a much lower interest rate.

Our runner-up prize for The White Coat Investor Scholarship this year was won by Natalie Ailene Moreno, an MS1 at the University of Michigan Medical School. 2nd place is good for 30% of the scholarship money, or about $10,700. Natalie details her experiences growing up in a troubled family environment and its impact on her budding career. ]

White walls, white linens, white curtains, white boards–a white Christmas indeed. In December of 2011, my sister-in-law had her brain tumor surgically removed; meanwhile, I kept her company and wrote her story down because well, frankly- she had no memory of her time in the hospital, including when she tried to remove her scars with a “magic eraser.” I knew what it felt like to want to be rid of noticeable markers. People had been pointing to the scars on my hands since I was a child. Born with conjoined fingers, it was not long before I was put into a cast. Since birth, my genetic makeup had stamped me with an introduction to disease. However, it is my heritage and background likewise that have exposed me to the very experiences that have led me to another white room, where now I am holding the scalpel and wearing the white coat. 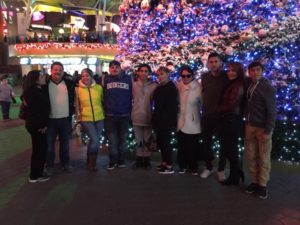 Growing up, I was raised in a large Mexican family in inner-city Los Angeles. My maternal grandmother had sixteen children, most of which now have their own families; thus, I could never keep count of my cousins. There was always warmth and I can promise you there was never a dull moment. However, many of my family members never healed from the abuse they escaped in Mexico. It was hard for them to forget their father threatening to hang them on a tree or shoving them in ice cold barrels of water in the dead of winter. Some healed from this, but not all did. Needless to say, this affected the whole family. In my case, I had to learn to love even when it was difficult and persist through adversity.

Several instances tested me. As a child I watched gangsters beat a man to death outside of my window. I also remember my uncle trying to avoid imprisonment by telling my brother to swallow a bag of cocaine. My uncle was eventually filmed in a car chase on the news and is now in prison. This was all hard to experience, but watching my cousin Angelo’s situation was most challenging. He was fifteen when Child Protective Services picked him up from his home and my parents took him under our wing. Thus, we went to high school together. We would take the bus home from school and no one with bad intentions dared look my way because he was there. We joked together and shared chores. He taught me a few boxing moves and how to escape arm locks, and I listened to him whenever he needed to talk about how rough things got with his father. Things were going really well, until one night he rushed me to our living room windows while aiming a BB gun in the backyard, frantically saying he saw people that wanted to break in. No one back there but our two dogs. A few days later my mom and I discovered that he had been preparing crystal meth in my room.

For the next few months I had to be careful when walking to school because my cousin had gotten into some trouble that brought armed dealers and gang bangers to our house. One had even thought he recognized me, and I had to make a conscious effort not to respond to the label “Angelo’s sister,” acting like I had no clue as to who he was. You could imagine the disbelief that dawned upon me that I now had to protect myself from the same cousin who taught me self-defense in our backyard. I tried to save him from his addiction. Unfortunately he made his choice and is in prison now. I imagine him in an interrogation scene in a place with no doors. But I have not lost hope for him. 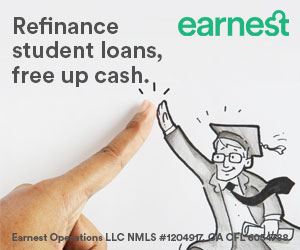 Now I stand on the other side of a door with large glass windows, running a scalpel through a cadaver, knowing someday I will prescribe drugs that will help the younger generation left behind by the deceased. I am here because earlier in life I would ruminate on experiences with poverty, gangs, and substance abuse, and how this destroyed families. After volunteering in hospitals and witnessing illness and hardship in my family, especially with Angelo, I was determined to study treatments that would heal. The decision was easy, but the cost was great. At one point I was sleeping in different homes during finals week because the lease on my apartment had ended and another full month was not in my budget. I had tried avoiding this issue beforehand, though no leases followed the timeline I needed. I know better now to keep savings and to account for emergencies. But I still count it all joy that what I learned from my finances enabled me to complete my undergraduate education, and that I was able to win scholarships and work full time to afford additional classes and medical school applications. It was a taxing journey, but it was even more profitable because it taught me to manage my budget better and persist for the dreams I am so passionate about.

People often ask me how I found the motivation to become a doctor. Part of it is that being raised in a large family with limited resources, you notice that while illness is no stranger, kindness can be. I have learned in life to care about people even when they hurt you, and to be objective and do right even when it is easier to resent. I am bringing this mindset with me to medical school, knowing many patients will be underprivileged. Some, regardless of financial status, may be difficult to like and make us err on the side of caution; but likewise they must be cared for and shown compassion. But most importantly, one must know which questions to ask to optimize healthcare delivery. As I don the white coat, I am sorting through ideas that will better help me reach patients like my cousin, those whose circumstances have fostered bad habits and depleted all motivation for a healthy life. 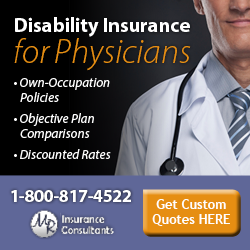 As you can tell, I am in a place where I want to give to those who cannot give back. I consistently apply for scholarships because I do not want serving marginalized patients to be a luxury, nor do I want healthcare delivery to be a commodity for them. Having volunteered and worked in hospitals, I have met many brilliant and kind physicians, but not all have experienced the circumstances that disadvantaged patients face daily. As a minority who grew up in the inner-city however, I have. For that, I am ready and eager to invest my time and experiences to promote medical equity. It is a long journey ahead and I know this scholarship will provide the funds I need, which will ultimately serve patients in the future.

What do you think? How has your family affected your career and educational decisions? Do you feel that your financial situation keeps you from serving the patients you would prefer to serve? Comment below!